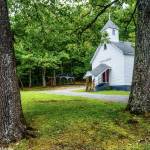 1606653727
The familiar parable of the Father who welcomes the prodigal son back.. the other son gets very upset. The comparison is God is the father. The prodigal is the wayward soul. The brother with the rage is that soul who has jealousy because of how God is blessing that lost one who was so far in sin .. yet, the faithful brother lacks the same blessing even though he has always been faithful.. we are humans like that right?
1
· 0

Isaiah 5:20–25 (KJV Woe unto them ﻿that call evil good, and good evil;
﻿That put darkness for light, and light for darkness;
That put bitter for sweet, and sweet for bitter!
21  Woe unto them that are ﻿wise in their own eyes,
And prudent ﻿in their own sight!
22  ﻿Woe unto them that are ﻿mighty to drink wine,
And men of strength to mingle strong drink:
23  ﻿Which justify the wicked for ﻿reward,
And take away the righteousness of the righteous from him!
24  Therefore ﻿as ﻿the fire devoureth ﻿the stubble,
And ﻿the flame consumeth ﻿the chaff,
So ﻿their root shall be as ﻿rottenness,
And their blossom shall go up as dust:
Because they have cast away the law of the Lord of hosts,
And ﻿despised the word of ﻿the Holy One of Israel.
25  ﻿Therefore is the anger of the Lord kindled against his people,
*****************
The Lord spoke concerning these five scriptures in Isaiah.
Remember this: Woe to them that call evil good and good evil. God will cut down the things that choke the good, the pure, the better .. He will bring light to the darkness ( the ones who are deceptive and liars, cheats, anarchists to truth)
verse20.
God will notice the vanity and the audacity, the egos and the pompous ones who consider themselves above His law, above the general law as a whole. When the ones declare that they can silence the voices, when there are those who can decide what is censored, what is needing to be removed from sight.. as in the way the tech giants censor patriots and conservative ones because these souls cry out for transparency, truth.. there is where God will reveal His wisdom and He will shed light on the ones who have become foolish and stupid in reality. (Note google, Twitter, Facebook have become censors and critics of free speech in America). Vs21.
Wow are to them that are mighty to drink wine and men of strength to drink mingle strong drink. God is watching Washington DC and the ‘swamp’ who go to mingle at the cocktail parties and He watches them connive and conspire as worms in a field of fruit.. they have their agendas to defile and keep the government in their corrupt and greedy hands. They use drinking party times to raise money and get Hollywood to join for solid left ideas and to saturate their causes to filtrate the money into what they deem will promote them higher and lifted up. God sees their swamp land as sinister and He is going to bring them out to desert land where they won’t have much to hide .. it will be seen by everyone. Vs22
These swamp dwellers are wicked and they take away the righteous ones but God is fed up!! He exclaims that He cannot have the righteousness stripped ever! America is at a crossroad! She has two polar ends. The swamp is the negative pole which detracts anything positive. The conservatives (MAGA) collectively is the positive pole and it shall attract more positive AND it shall get the attention and approval of God : because He discerns truth and is the Holy Judge. He decrees the righteous shall always be lifted up and be worthy in His eyes. He judges the swamp as evil and He will squash their hidden agendas and reveal their wickedness. Vs.23 This is where the pavement meets the road: God will have His day and His way with them who try to kill the values and morals of the ones who abide in His laws and ordinances. There will be fire where all that is left is stubble. There the swamp land itself will cause their own roots to rotten and die.. they will be exposed and it will be even bigger a scandal and it will be worse than conflict or crisis. It will be SWAMPGATE.. where evil will be seen and wickedness exposed. The GATE will swing wide and everything will pour out.. nothing will be hidden. Why? Because, they hate God and Godly principles, they hate what Jesus, a Jew represents .. his way of redemption is forfeited because they see themselves as Demi gods .. they declare abortions are a good thing and conservatives are deplorable and ignorant because they live strictly in the Godly ways. Vs.24.
But God is angry as it is getting worse to endure for His children and He shall set them up and rectify the wrongs. Enough is enough. God has been long suffering and patient but the very core of freedom and the constitution of the United States is at risk to being destroyed!! God is angry that freedoms are being taken! He hears our cries! He will intervene!!! Vs. 25.

Amen and Amen! (I received this message yesterday)

This is a group dedicated to believers who have the desire to draw closer to the Lord. Testimonies, devotionals, photographs, sermonette messages, etc are welcome. Please be courteous to others visiting the chapel. The doors are open and the Holy Spirit is ready to bless. Give God the Glory.